A colleague of mine in the Science Fiction Research Association (SFRA) wrote today:  "... working on a linked English class with Chemistry and am wondering if anyone knows of some good stories with heroic chemists or chemists as positive figures (fiction and non-fiction)? I'm teaching Carson's Silent Spring, and would like to balance that a bit with a more positive story or two."

If you have a suggestion, please add a Comment with Title & Author.  If in a collection of stories, do include the title of the volume as well.  Or, you may email me at jrmaddog@aol.com as you prefer.

Thank you for the assist. 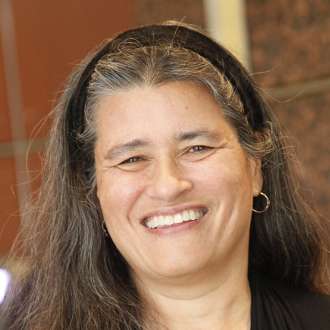 I am hoping that folks will submit some of their ideas here because I'm sure there is a lot of need for positive stories about our chemical heroes .

My favorite is a book called "Carver: A Life in Poems".  It is all in verse with really great pictures.  Also try Djerassi and Hoffman's play "Oxygen"  Politics and science during the most turbulent time for both.

On a side note, I had read the Dragonriders of Pern books many times as a kid but it wasn't until I was a college chem student that I realized what "agenothree" was.  Not sure I would want a flame thrower filled with it any more but I am still hoping for a dragon of my own.

I just finished The Sweetness at the Bottom of the Pie, by Alan Bradley. It is the start of a mystery series set in the 1950s, and the protagonist is a ten-year-old girl with a passion for chemistry. The book is written for adults, so our herione tends to be wise beyond her years. It is fun read, both for the chemistry and the deductive reasoning used to solve the mystery.

Also, this is reaching into physics, but another fun read is Bimbos from the Death Sun, by Sharon McCrumb. It's another mystery centering around a physicist who happens to write a highly intellectual science fiction novel. Over his objections, his publisher gave it the afore-mentioned title, and it became wildly popular. The story follows his adventures at a science-fiction convention where someone is murdered. Be warned--while McCrumb is kind to physicists in the novel, her take on science-fiction fans, as well as the publishing industry, is somewhat more satiric.

A good place to start for ideas and references might be "Chemistry and Science Fiction", a 1998 ACS publication from a 1992 National ACS Meeting Symposium of the same name.  It mostly discusses the topic of chemistry in science fiction, but I think mentions a few stories in which a chemist is the protagonist (not sure if they are heroic or not, though.)   Carl Djerassi's novel "The Bourbaki Gambit" has biochemists as the key protagonists in at least a partially heroic role.  Of course, Sherlock Holmes was a very good amateur chemist, and occasionally used his knowledge of chemistry to solve crime.  There are plenty of stories with chemists portrayed as Mad Scientists (e.g., Dr. Jekyll, Frankenstein, and a polymer chemist character named Laszlo Jamf in Thomas Pynchon's "Gravity's Rainbow").

The TV show MacGyver. http://en.wikipedia.org/wiki/MacGyver has some details and a link to a list of episodes.  The show ran from my junior year of college through the month I got my PhD!

Anthem by Ayn Rand... Sort of.

The female lead in Darwin's Radio by Greg Bear is a molecular biologist.  There's enough DNA sequencing going on in the story that chemists will feel at home.

It's good you're expanding this to include chemists since Rachel Carson was not a chemist, but an excellent marine biologist.

Chemistry and Science Fiction is a great book and compendium.  Caveat Emptor:  when I ordered a copy a couple of years ago, it was a POD copy (Print on demand) with no warning that it was. Several pages of illustrations were in black and white, not in color as in the original printing (and at the same price).  I complained, no relief, but I've heard this glitch has been corrected.

Isaac Asimov, prolific and widespread, also wrote "regular" fiction as well as science fiction and fact, including mysteries.  I have two books of his that are or may be scientist related (neither of which I've read yet).  A Wiff of Death involves a laboratory death and campus intrigue.  Asimov's Mysteries is a short story collection and scientists may be involved.

The protagonist in the Princeton Imposter by Ann Waldron (last in a series) is a visiting English/Journalism professor at Princeton University who solves a murder of a chemistry grad student.  Like all her books, this one is spot on for the Princeton scene and makes one wonder who her chemistry department characters are patterned after (Im a Princteon PhD).

As a reader of science fiction for more than 55 years, chemistry, as such, is not often a theme or an important story element -- at least as I recall.  Physics, and in recent decades, biology have appeared to be story line bases far more often.

However, when I first read this request, I immediately thought of Isaac Asimov's short story, "The Endochromic Properties of Resublimated Thiotimoline," which was originally published in Astounding Science Fiction (Now Analog Science Fiction and Fact) magazine, March 1948.

This story was a hit and was followed in December 1953 with "The Micropsychiatric Applications of Thiotimoline" in the same magazine.  There was a third story, "Thiotimoline and the Space Age," which appeared in the December, 1960 of Analog Science Fiction and Fact.  http://en.wikipedia.org/wiki/Thiotimoline

And I remember well, when as an organic chemistry graduate student, the subject was brought up by my organic professor in graduate school.  We had great fun with the concept, though sadly were unable to replicate the endochronic properties of thiotimoline in our labs.

The ACS has had a number of symposiums on the subject of Chemistry in Science Fiction, and I refer you to the following link:  www.chymist.com/Science and Science Fiction.pdf   where you can learn more.

Not mentioned in the pdf article, possibly as an oversight, but maybe not,  was Greg Benford's and Hilary Foister' (Foister was unbilled, but was nonetheless the co-author) 1980, award winning novel, "Timescape."  http://en.wikipedia.org/wiki/Timescape

One of the story elements had to do with NMR of indium antimonide displaying signals (in Morse Code, no less) from the future.  Benford, a physicist, has the scientist, Gordon Bernstein, discover this as part of a physics experiment as opposed to a multinuclear NMR done by a chemist.  Too bad.  Chemists lost again.

Therein lies the rub.  The lay public, probably relates to physics, biology, engineering, and even math better than it does chemistry.  This is coupled with the fact that SF authors probably find it easier to build excitement and suspense into a story with science other than with chemistry.

We need more SF authors who have the imagination and creativity to base a story using chemistry.

Anyone have any ideas for chemically inspired, science backstories on which to develop a science fiction plot?

"The Death Dealers" by Isaac Asimov centers around chemists, and even uses chemistry as a plot point, but it doesn't really show chemists in a positive way (one is a murder victim, one is the murderer, several are suspects, etc.).  However, it's very entertaining.

"The Pale Horse" by Agatha Christie isn't really about chemistry, but the victims are poisoned by thallium.