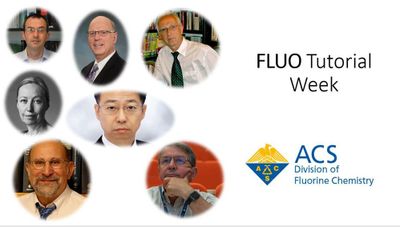 The ACS Division of Fluorine Chemistry has organized a series of online “Tutorial Lectures on Fluorine Chemistry” that will be delivered by our distinguished colleagues for our members. The program will consist of a series of Live Lectures (via zoom) given by the recent ACS Award winners (please see the schedule details below). Lectures will be followed by Q&A sessions. 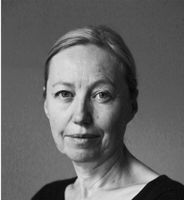 Véronique Gouverneur secured a PhD in chemistry at the Université Catholique de Louvain (LLN, Belgium), under the supervision of Professor L. Ghosez. In 1992, she moved to a postdoctoral position with Professor R. Lerner at the Scripps Research Institute (CA, USA). She accepted a position of Maître de Conférence at the University Louis Pasteur in Strasbourg (France). She worked with Dr C Mioskowski and was Associate Member of the ISIS Institute directed by Professor J-M Lehn during this period. Veronique started her independent research career at the University of Oxford in 1998 in the Chemistry Faculty and was promoted to Professor of Chemistry in 2008. Her research aims at developing new approaches to address long-standing problems in the synthesis of fluorinated molecules including biologics, pharmaceutical drugs and probes for imaging (Positron Emission Tomography).  Since her appointment in Oxford, she holds a tutorial fellowship at Merton College Oxford where she teaches organic chemistry. She has coordinated European ITN projects, and is the (co)author of > 200 peer‑reviewed publications and 10 patents. Her research has been rewarded by numerous prizes and distinctions including the ACS Award for Creative work in Fluorine Chemistry (2015), the RSC Tilden Prize (2016) and the Tetrahedron Chair (2016). In 2019, she received the Prelog Medal (ETH), the RSC Organic Stereochemistry Award, and was elected Fellow of the Royal Society for her exceptional contributions to science. 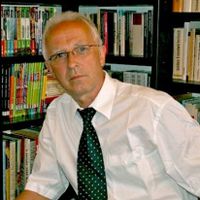 Erhard Kemnitz is Professor of Inorganic Chemistry at Humboldt-University Berlin since 1994. Prof. Kemnitz is best known for his work in Inorganic Fluorine Chemistry with special focus on nanoscopic metal fluorides. Thus, his group discovered the so-called fluorolytic sol-gel-synthesis, a non-aqueous sol-gel-approach that gives access to nano metal fluorides in a very similar way as the classical Stoeber-process gives access to nano metal oxides. H e cooperated with many internationally well known groups in this area as e.g. the groups of Alain Tressaud from ICMCB Bordeaux, John Winfield from Glasgow University, Boris Zemva from IJS Lubljana, S.I. Troyanov from Moscow State University and others. He conducted many national and international research consortia in the field of nano metal fluoride based new materials. So far, he conducted roughly 65 PhD graduations and published about 500 original research papers in peer reviewed international journals, among them about 15 books and book chapters, respectively and 16 review articles as well. Based on his achievements in the field of  nanoscopic metal fluoride based new materials he founded in 2010 the startup company “nanofluor GmbH”. During his scientific career, Prof. Kemnitz was guest scientist at Technical University Lyngby /Danmark, Max-Plank-Institute for Solid State Chemistry Stuttgart/Germany, Moscow State University/Russia, and guest Professor at ICMCB Bordeaux. In 2019 he became Honorary Professor of the Lomonossov-Universtity Moscow/Russdia, in 2018 he received the ACS award for Creative Work in Fluorine Chemistry. He is member of the German Chemical Society and the Ameriucan Chemical Society, and acts as editorial member of several international journals. 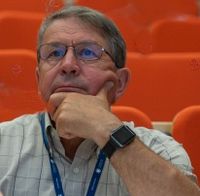 Dr. Viacheslav Petrov started his professional carrier in 1978 as Research Associate in the Institute of Organo-Element Compounds (INEOS) Academy of Science USSR, Moscow, USSR, in the Laboratory of Organofluorine Compounds, which was headed by academician I. L. Knunyants and later by Professor L. S. German. He received his Ph. D in organic chemistry from INEOS in 1983. In 1989 he joined the group of Professor D. DesMarteau at the Chemistry Department of Clemson University, where he spent over two years, before  he joined DuPont Co. as a visiting research scientist 1992 and in 1994 he was hired DuPont Central Research and Development (Wilmington, DE), where he spent over twenty years. After spinoff the Fluoro Business by DuPont Viacheslav moved to the Chemours Co. in 2015, where he currently holds a position of Research Fellow in Fluorochemicals business. His research interests are focused on synthetic methodologies for the preparation of polyfluorinated materials such as polyfluorinated functionalized olefins, imidoyl fluorides, small heterocycles (oxaziridines, aziridines, epoxides and oxetanes) and polyfluorinated monomers and sulfur containing heterocycles. Dr. Petrov is author and co-author of over 130 papers, 5 review articles, one book and over 70 US patents. Currently he serves as a member of the Editorial Board of the Journal of Fluorine Chemistry.  In 1998 he received the Harry Emeleus Prize for Creativity in Fluorine Chemistry by the Elsevier Science. In 2016 Dr. Petrov was awarded Distinguish Service Award by the Division of Fluorine Chemistry of ACS and in 2017 he became ACS Fellow. 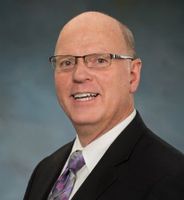 Robert (Bob) G. Syvret has a Ph.D. in main group fluorine chemistry from McMaster University with 30+ year industrial experience creating new molecules, developing new process technology, and commercializing a number of new high-value products.  He has hands-on experience with new molecule synthesis for applications in electronics (fluorine etchants and deposition agents), pharmaceuticals (fluorinated steroids, nucleotides, and aromatics), agricultural (fluorinated herbicides, and pesticides), low-GWP refrigerants and foam expansion agents, fluorinated monomers and polymers, fluoro-surfactants, and inorganic fluorine compounds. During his career, Bob has provided technical leadership in activities including new molecule discovery, process development and optimization, scale up, plant support, hazards assessment and regulatory issues, analytical methods development, product stewardship, and safety testing.  He was the technical leader on projects that delivered successful commercial products including Selectfluor® (I) and (II) electrophilic fluorination agents, DeoxoFluor™ reagent, and improved process technology for important commercial products that include NF3, SiF4, C4F6, and F2.  In the recent past he was responsible for HF process research for the development of low GWP fluorochemicals 1234yf and 1233zd as well as diversification of fluorochemical products and technologies outside of traditional refrigeration and foam expansion applications. Bob has held the position of visiting scientist at the University of Albany since 2009 and is a Research Fellow in the Chemistry Department of Lehigh University since 2017. Currently he is Chief Scientist of Electronic Fluorocarbons with responsibilities for the development of high-purity products for advanced semiconductor manufacturing including new ALD, ALE, and RIE candidates and also Principal of the consulting company Fluorine Chemistry and Technology (F2ChemTech), LLC. Bob served the ACS Division of Fluorine Chemistry as Vice-Chair Secretary-Treasurer (1999-2001), Chair (2002), and as Treasurer from 1999 to present.  Bob was inducted into the 2016 Class of ACS Fellows and is the 2020 recipient of the ACS Award for Creative Work in Fluorine Chemistry. 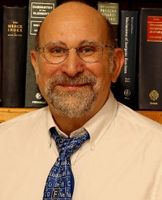 Steven Strauss is Emeritus Professor of Chemistry at Colorado State University in Fort Collins, CO. He earned his undergraduate degree in chemistry from Franklin and Marshall College and his M.S. and Ph.D. degrees with Duward Shriver at Northwestern University. He was an NIH Postdoctoral Fellow with Richard Holm at Stanford and Harvard Universities before joining the CSU chemistry faculty in 1981. He has received four different awards for undergraduate teaching in his nearly 40 years at CSU. In 2012 he was named Professor Laureate of the CSU College of Natural Sciences. During his academic career, Strauss' research interests have included inorganic, organometallic, and analytical chemistry and their application to synthesis, catalysis, materials science, separation science, and environmental chemistry. He has used elements from every group in the Periodic Table, with a special emphasis on fluorine, to make hundreds of new compounds that are useful or that surprise people. Sigma-Aldrich (now MilliporeSigma) has purchased some of his highly-fluorinated compounds and made them commercially available.

Strauss has published more than 250 scientific papers and is an inventor on 12 patents. In 2002 he was named CSU Research Foundation Researcher of the Year in recognition of his simultaneous pursuit of fundamental and applied research, and in 2016 he received the American Chemical Society Award for Creative Work in Fluorine Chemistry. From 1997 to 2000 Strauss was Program Chair of the ACS Division of Fluorine Chemistry (DFC), and in 2001 he was Chair of the DFC and Chair of the Gordon Research Conference on Inorganic Chemistry. He co-organized, with Joe Thrasher, Olga Boltalina, Rick Fernandez, and Dennis Curran, the 19th International Symposium on Fluorine Chemistry and Fluorous Technologies held in Grand Teton National Park in August 2009. 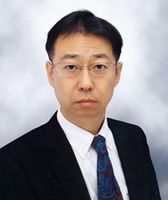 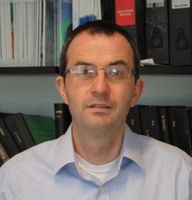 David O'Hagan was born in Glasgow in Scotland and studied chemistry at the University of Glasgow (1982). He carried out a Ph.D (1985) in polyketide antibiotic biosynthesis at the University of Southampton with Professor John A Robinson and then he spent a postdoctoral year at the Ohio State University with Professor Heinz G. Floss, investigating peptide antibiotic biosynthesis. In 1986 he was appointed to the University of Durham where he continued to explore natural product biosynthesis but also developed a strong interest in organo-fluorine chemistry influenced particularly by Professor Richard Chambers. He remained at Durham until 2000 before moving to his current position as Professor of Organic Chemistry at the University of St Andrews. His research interests extend from the synthesis and properties of organo-fluorine compounds, fluorination enzymology, fluorine-18 chemistry for positron emission tomography (PET) and he has developed a research theme in partially fluorinated alkanes and selectively fluorinated cyclohexanes. He was a founding member and a past Chair of the RSC Fluorine Group.  He was awarded the American Chemical Society (ACS) Award for 'Creative Work in Fluorine Chemistry' in 2012 and also the Prix Moissan Prize by the Fondation de la Maison de la Chimie in Paris for contributions to fluorine chemistry in 2018.