Should the U.S. government have allowed higher levels of ethanol to be blended into our gasoline?

According to the LATimes:

The food industry and livestock producers say no. Now a legal fight  is brewing over the ethanol issue, as the Grocery Manufacturers Assn.,  the National Meat Assn., the National Chicken Council and others have  filed suit against the federal Environmental Protection Agency.

Their beef: Regulators, they claim, stepped over the line last month  when the agency ruled that retailers could sell fuel with up to 15%  ethanol -– up from the currently allowed 10% levels. And cars made in  2007 and later could use the gas, which is commonly known by the "E15"  name.

The food folks argued that rule will lead to ethanol manufacturers  gobbling up more of the national (and perhaps the global) supply of  corn, which in turn "will put pressure on the meat and poultry supply,  which will lead to higher food prices for consumers," J. Patrick Boyle,  president of the American Meat Institute, said in a statement.

The federal agency defended its action and said it was confident that it would win the legal challenge.

The petition for review, filed Tuesday in the U.S. Court of Appeals  for the District of Columbia, comes at a time when commodity prices are  skyrocketing, driven by investor demand, short supplies of some crops  and robust demand from emerging markets such as China and India.

Good issue -- thanks for putting it up.  Will be interested to see what people say... 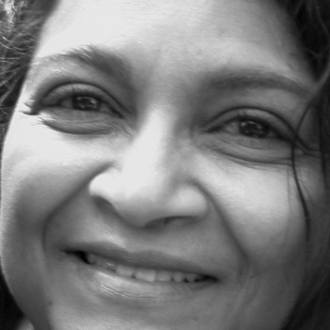 There are a number of points to be made here on the assumption that we are talking about corn based ethanol.

1. Ethanol is 1/3 by weight oxygen and thus has only 2/3 the energy per pound of motor gasoline. Three gallons of ethanol are required to power a car as far as two gallons of gasoline.

2. Ethanol loves water and thus water related corrosion issues have been identified (stress corrosion cracking in tankage, etc.) thus requiring additional anticorrosion chemicals to be part of the formulated product. It is my belief that this issue is connected strongly with why ethanol cannot be pipelined along with motor gasoline and other petroleum products.

3. Aside from the food vs. fuel discussion, growing corn is a water and fertilizer intensive activity .... it is expected that significant technical advances will be made with both of those issues but nonetheless, the issues are out there.

5. There is a federal tax subsidy, currently 45 cents a gallon. Since many of us are requred to purchase gasoline with up to 10% ethanol, the subsidy isn't creating jobs or driving the economics of corn based ethanol manufacture. Increasing the ethanol content while retaining the subsidy will simply put most of those taxpayer dollars into the hands of the big corn ethanol producers.

6. Rather than continue along this pathway, I believe we'd be much better served by improvements in fuel economy, use of diesel instead of gasoline, smaller, better designed cars, etc. Thus

Once cellulosic ethanol is fully developed (probably 5 years from wide commercialization), then feedstocks can shift to dedicated energy crops, agricultural and muncipal wastes, etc. can be used, shifting the argument away from food vs. fuel.  Then the discussion will turn to government subsidies, heating value of ethanol, etc.

Absolutely not!!  I agree with the livestock producers and food industry.  There seems to be a trend set up by the methanol manufacturers to sell more ethanol.  There is also the problem that our gasoline vehicles will not run as well on 15% ethanol and will get worse mileage at the same time - resulting in higher cost per mile for gasoline.  It boils down to GREED!