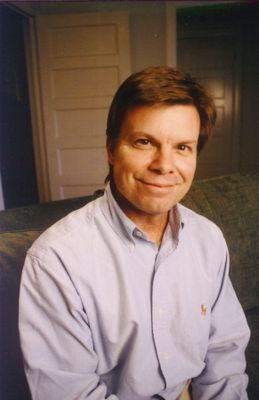 The green chemistry community lost a leader in the Pacific Northwest last month with the sudden passing of Ken Zarker—manager of Washington State Department of Ecology’s pollution prevention and toxic reduction activities. Ken was a champion of green chemistry initiatives in the region and beyond. He joined the Department of Ecology 15 years ago and was a key player in the formation of Northwest Green Chemistry and served as an advisor to the Green Chemistry & Commerce Council (GC3). His pollution prevention activities included chairing the National Pollution Prevention Roundtable and participating in the North American Pollution Prevention Partnership, U.S. EPA Forum on State and Tribal Toxics Action, and the Environmental Council of the States Cross Media Committee. Before moving to Washington, he worked on pollution prevention and municipal hazardous waste issues in Texas for 23 years. Ken graduated from the University of Houston with a B.S. in Environmental Management.

The following reflections attest to Ken’s lasting impact on this community:

“I met Ken in 2003, when I moved to a new job in EPA.  With a few stakeholders, we began an alternatives assessment for a problematic chemical that was accumulating in people and, notably, was found increasingly in cord blood:  PentaBDE.  Ken was encouraging and wise.  He brought the perspective of state government to the work—but did much more.  He made sure we understood the views of the range of stakeholders and helped us to accommodate them.  He even helped us make sure our work communicated well with all stakeholders.  Through this alternatives assessment, a number of assessments that followed, and later work in differentiating safer products, Ken was always there.  He didn’t need to be there, but for him, helping was part of who he was.  He gave advice, perceptively and humbly.  Our successes in helping the transition to safer chemistry were equally Ken’s successes, but he would never tell you so.  We can never replace him and we will miss him.” – Clive Davies, EPA Safer Choice

Ken Zarker was a dedicated and humble champion of pollution prevention and green chemistry.  For more than 30 years, he led a number of efforts nationally to drive policy and industrial action on safer chemistry, established Washington State’s green chemistry program, and supported the establishment of the field of chemical alternatives assessment.  He was a critical member of the Advisory Committee that built the Green Chemistry & Commerce Council into the vibrant and impactful business network it is today.  He’ll be sorely missed.” – Joel Tickner, UMass Lowell & GC3

“I'm so grateful for having had the opportunity to work with Ken through Northwest Green Chemistry.  I don't know if it is possible to list all of the programs, projects, initiatives, and organizations that happened because of him.  As in the film "It’s a Wonderful Life", Ken played critical roles in so many ways that Washington and P2 and green chemistry in the U.S. are much better off for there having been a Ken Zarker. I believe our world and community would be very different without him.” – Lauren Heine, ChemFORWARD

Many other memories and stories of Ken have been shared, and if you would like to contribute yours, please visit this virtual memorial board to do so.