The ACS Green Chemistry Institute is pleased to announce the winners of the Heh-Won Chang, PhD Fellowship in Green Chemistry. This award provides international recognition for outstanding graduate student contributions to advancing the goals of green chemistry. Winners receive $5,000 towards their expenses while conducting graduate research and will present their work at the 26th Annual Green Chemistry & Engineering Conference, held June 6-8 in Reston, Virginia.

From a very competitive field, the winners are: 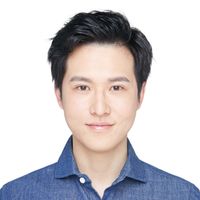 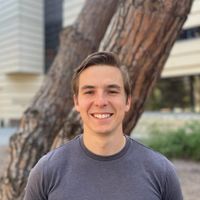 Cristián is a Ph.D. student in the chemistry department at Stanford University. Under his research advisor, Prof. Matthew Kanan, Cristián spearheaded a new branch of research in the group to investigate sustainable performance-advantaged polyamides. His research is titled “(Tetrahydro)furan-based Polyamides Sourced from Lignocellulose and CO2”. Prior to starting at Stanford, Cristián received a B.A. in Chemistry at Pomona College in Claremont, CA.

The Nina McClelland Memorial Award was established in 2020 to provide support and recognition for outstanding post-doctoral scholars advancing the goals of green and sustainable chemistry. Winners receive $2,000 and are invited to present their research at the annual Green Chemistry & Engineering Conference.

The inaugural winners from a competitive field are:

Juliana Vidal, Ph.D., is a postdoc researcher under Prof. Audrey Moores at McGill University in Canada where she is leading research on the valorization of crustacean waste into value-added products using methods such as mechanochemistry. The research has already produced exciting initial results and Juliana will be involved in a shell-to-chitosan 50kg pilot plant with fishermen on Quebec’s North Coast. Juliana received her Ph.D. from Memorial University of Newfoundland studying efficient uses of biochar and previously studied chemistry at the Federal University of Juiz de Fora, Brazil. Juliana is an active science communicator and can be found on Twitter @juliana_lvidal. 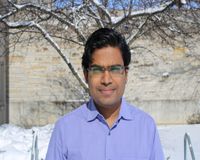 Vinod Landge, Ph.D., is a postdoc researcher at the University of Toledo in chemistry and biochemistry with Prof. Michael C. Young where he studies transition metal-catalyzed regioselective functionalization of alkenyl amines. Vinod has published extensively during his graduate and postdoc research and consistently seeks greener solutions to processes. He serves as a mentor for several students in the lab and has a knack for motivating undergraduate students to excel. He received his Ph.D. from CSIR-National Chemical Laboratory in Pune, India on Transition metal-catalyzed C–H bond alkynylation.

Find out more about these awards and other green chemistry student awards from the ACS Green Chemistry Institute.