US, Canada-Based Companies Awarded XPRIZE for Breakthroughs in CO2-Absorbing Cement

When Virgin founder Sir Richard Branson offered $25 million for the invention of an efficient carbon sequestration technology in 2007, an Oregon environmentalist named Andy Kerr cheekily submitted a drawing of a tree.

Yet we are far enough down the climate change path that technology will be needed to complement nature in sequestering atmospheric carbon. The California-based XPRIZE Foundation, in partnership with NRG, a U.S. power company, and COSIA, an alliance of Canadian oil sands producers, put out a more specific challenge in 2015: turning CO2 into usable products. This spring, the $20 million NRG COSIA Carbon XPRIZE was awarded to Los Angeles-based UCLA CarbonBuilt and Halifax-based CarbonCure Technologies.

“Deploying their technology to avoid and reduce emissions from heavy industry will be a game-changer for global decarbonization in the fight against climate change,” Marcius Extavour, vice-president of climate and energy at XPRIZE, said in a statement.

The award announcement raised the profile of a relatively obscure branch of research: cement chemistry.

Cement functions as the glue of concrete, binding together aggregates such as sand and gravel. Cement chemistry may seem an esoteric subfield within materials chemistry, with its own specific shorthand for the ratios of minerals making up the various types (for example Alite, the major constituent of the common Portland cement, has a chemical formula of CaO3SiO2 but is abbreviated C3S in cement chemists’ notation). But cement production is responsible for an estimated 8% of global CO2 emissions, mostly from the calcination process. About half of these emissions are from the CO2 released during calcination of the limestone raw material, with fossil fuels burned to achieve the high temperatures for calcination contributing the other half.

Last December, a group of scientists published data in Nature estimating that human-made materials now outweigh Earth’s entire biomass. The data offered in the Nature article is startling: building materials such as concrete, aggregates, brick, and asphalt, account for over 90% of the nearly 1.2 teratonnes (1.2x1015 kg) of anthropogenic mass. 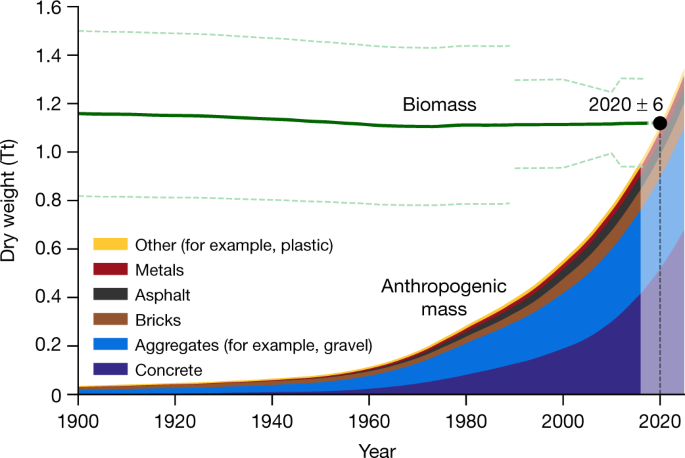 The good news is that concrete naturally reabsorbs some CO2 over time. Water and CO2 diffusing into the pores results in chemical processes that are effectively the reverse reaction of calcination, slowly generating calcium carbonate from the silicate and aluminate calcium oxides. The bad news? It takes a long time. And time to hit emissions targets is running out.

Both XPRIZE winners’ work was underpinned by incorporating sequestration of CO2 into the cement manufacturing process. Both inject CO2 gas directly into the production stream to be mineralized within the cement. Because the CO2 is converted chemically into minerals, it is extremely stable – it would, indeed, require calcination at extreme temperatures to be released again.

CarbonCure's technology can be retrofitted directly to existing concrete plants. The process also reduces the usage of freshwater and material costs, while adding strength to the final product. Depending on the demands of the application, varying amounts of CO2 can be sequestered within.

CarbonBuilt's technology, developed out of the UCLA Samueli School of Engineering, embeds CO2 from flue gas streams (e.g., power plants, cement factories) into the concrete mixture. First demonstrated at a coal plant in Wyoming with significant emissions reduction, CarbonBuilt's technology is now being used at a second coal/natural gas plant in Alabama. They claim a carbon footprint up to 50% lower than comparable current building materials.

These companies join a growing number of carbon capture and storage (CCS) projects in the cement industry, including New Jersey’s Solidia, which also chemically incorporates CO2 into its cement. These technologies using cement itself as the sequestration medium join a generation of slightly older CCS projects such as Heidelberg Cement Group’s plant in Brevik, Norway, which capture CO2 from emissions in water-amine solutions to be stored elsewhere, in undersea reservoirs.

The first principle of green chemistry is to avoid generating waste rather than cleaning it up. Policy is increasingly prioritizing conservation, reduction and electrification as the climate emergency worsens. Nonetheless, reality dictates that CO2 will continue to be generated as technology, policy, and consumer behavior play catch-up to the harsh reality of climate change.

The XPRIZE winners suggest that carbon sequestration in anthropogenic materials may yet complement these efforts as a means to reduce greenhouse gas emissions. In fact, XPRIZE is continuing to push this potential.

The newest XPRIZE to be announced—the largest ever—offers $100 million (funded by the Musk Foundation) for technologies that can sequester CO2 directly from the atmosphere in a sustainable and durable manner. Applicants have until 2025 to demonstrate removal of at least 1,000 tonnes of CO2 per year with a pathway to ramping it up dramatically in the future.

As for the Virgin Earth Challenge Prize? Despite 2600 applicants and the announcement of 11 finalists in 2011, ten years later it has yet to be awarded and the site claims no one met the design criteria; it appears as though the offer may have gone up in smoke.